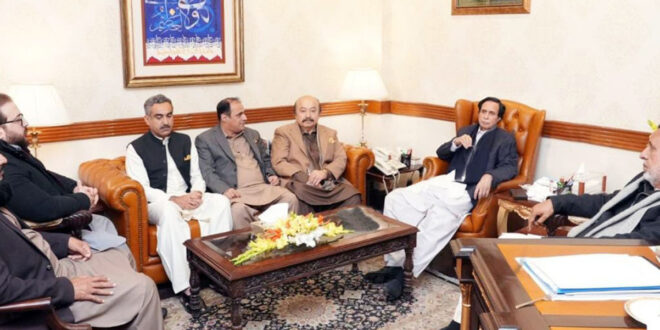 Chief Minister Punjab Chaudhry Parvez Elahi presided over a high-level meeting at CM office in which legal and constitutional aspects were reviewed after giving advice on the dissolution of Punjab Assembly. The name of Caretaker Chief Minister was also reviewed during the meeting. CM stated that he duly fulfilled the promise which was made with Chairman PTI Imran Khan adding that with whom we stand with then we support him with our heart and soul. CM maintained that we welcomed the call of Imran Khan and will continue to support him in future as well. CM underscored that he performed his duties according to the law and constitution. CM apprised that the caretaker set up will be constituted according to the constitution and with due consultation after the dissolution of Punjab Assembly. Speaker Punjab Assembly Muhammad Sabtain Khan, Provincial Ministers Mian Mehmmod-ur-Rasheed, Sardar Hasnain Bahadar Dreshak, Provincial Advisor Amir Saeed Rawn, MPA Yousaf Badozai, Akbar Khan and Secretary Punjab Assembly Inayatullah Lak attended the consultative meeting.