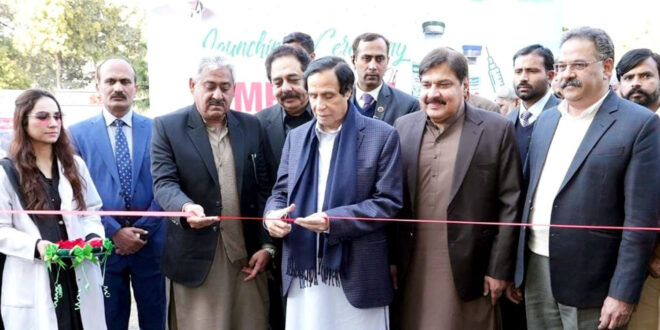 Chief Minister Punjab Chaudhry Parvez Elahi has launched a province-wide vaccination campaign to prevent the second possible wave of lumpy skin disease and inspected the vaccination used in this drive.

Six million doses will be provided to livestock farmers at no cost and directly to their homes. The government has given 1.5 billion rupees for this effort, the chief minister noted and added that Punjab has procured the vaccine at a more economical cost compared to other provinces. With over 25 million cattle and 28.4 million buffaloes in the province, the chief minister highlighted the vital role livestock plays in the economy, contributing 14.1% to the national GDP and 63% to the agriculture sector, with 37% of village incomes generated from livestock.

He spoke that village farmers needed to be aware of the benefits of vaccination as viruses, including lumpy skin, cause illness in cattle. The Livestock and Dairy Development Department is providing 200 million doses of vaccines for various diseases free of charge across Punjab, he added. It has done the best planning along with introducing the mobile app ADRSinfo for effective control of the disease. Vaccination has been started with the available resources, he said and congratulated the Livestock and Dairy Development Department for its efforts. I expect that the field teams will use their capabilities to overcome this disease, he concluded.