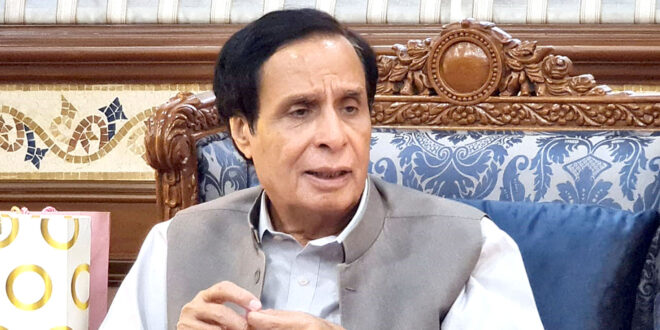 Lahore, January 22: Chief Minister Punjab Chaudhry Parvez Elahi strongly condemned impudent incident of desecration of the Holy Quran in Sweden. CM remarked that the Holy Quran desecration incident is highly offensive and heart-rending act. CM maintained that there is no scope to the least of such a sorrowful incident in a civilised society adding that the concept of desecration of the Divine Book in any civilised society cannot be imagined. CM remarked that giving absolute respect to the Holy Quran is a cardinal part of the faith of every Muslim adding that such a profane incident is highly intolerable under the garb of freedom of expression. CM queried whether the requirements of freedom of expression are fulfilled by causing heart affliction and emotional distress to billions of Muslims living across the globe. CM outlined that this sacrilegious act being committed in Sweden caused profound heart-rending to the Muslims inhabiting across the world CM underscored that no one should be permitted to trample or hurt religious sentiments under the guise of freedom of expression. CM outlined that no Muslim can tolerate desecration incident of the Holy Quran under any circumstance.