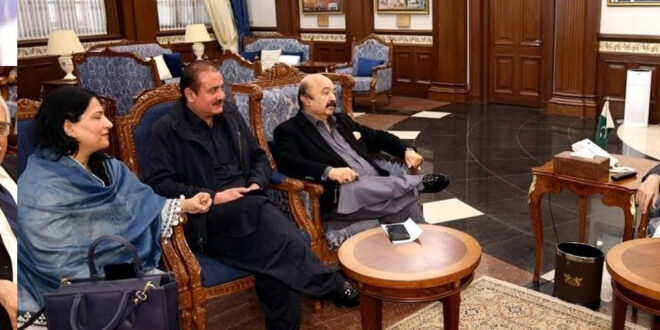 In the meeting, views were exchanged regarding prevailing national political situation, matters pertaining to general election and other political affairs.

Talking on the occasion, Ch Parvez Elahi said that Imran Khan is standing steadfast against the corrupt mafia, in the election defeat will be fate of PDM, the nation is standing with Imran Khan, coming time is only of Imran Khan.

Former Chief Minister Punjab and PA Speaker bitter criticized the conduct of the Election Commission and condemning massive uprooting of bureaucracy said that it has been ordered that start posting of May 25 officers forthwith, process of arresting people and picking up the people from their houses has also been started, Election Commission has failed to perform its responsibility impartially, controversial decision of Election Commission of caretaker Chief Minister is being challenged in the judiciary. They said that by not giving the election date, constitutional responsibility is being violated, most controversial officers and anti-PTI famed officers being posted on key posts.#